Press enter to begin your search

History of Doe Run Inn
The Doe Run Creek Historical District was a magical land to the Native Americans before the Europeans settled in America. In 1778, Squire Boone (Daniel Boone’s brother) and John McKinney discovered and named what is now known as Doe Run Creek.

Wildlife was seen in great numbers, attracted by the sulfur and salt licks. Settlers quickly followed the discovery of the creek. Construction began on Stevenson’s Mill in 1780 and was later finished around 1790.

The original construction materials can be seen throughout the inn today. The mill had several owners before eventually being purchased by W.D. Coleman. The building was renovated and converted into a family resort, capitalizing on the purported health benefits of sulfur water. It was named the Sulfur Wells Hotel.

In 1947, the Haycraft family started a traditional restaurant and family hotel. The name was changed to Doe Run Hotel and then later changed to what we now know as Doe Run Inn in 1958. Doe Run Inn is one of the most historical locations in Meade County and has been featured in the National Register of Historic Places since 1978.

This property will consist of 630 acres that include Doe Run Inn, the farmhouse, multiple barns, trout farm, and cabin. In addition to the real estate, a multitude of unique, historical items and antiques will be up for auction. The property will be offered in tracts, combinations, and as a whole.

Real Estate will be sold on Saturday Oct. 22nd along with antiques from the Inn.

Farm Equipment, Contents of Farmhouse and residual Antiques will be sold on Sunday Oct. 23rd

Oak Round Cover for Grinder Stone

2 End Tables made from mill sifters

2 Are chairs and a hand-made bench

Tons of pans and utensils

Too Many Items to Mention!!

Too Many Items to Mention!!

Auction held on site.  There will be a 10% Buyer’s Premium added to determined final sale price.  A total of 15% down the day of sale on real estate, balance within 30 days or less. 2016 taxes will be prorated. 6% Kentucky Sales tax to be added to personal property. Cash or good check.  Sold “AS IS WHERE IS” without expressed or implied warranty. 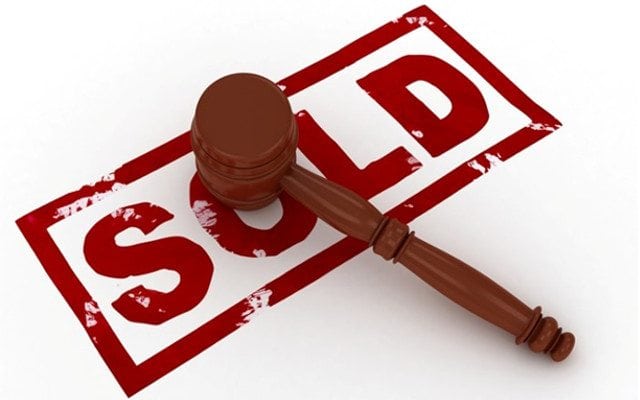 Saturday October 8th 11:00 AM
Want more information about buying or selling at an auction? Start Here!

For Buyers
For Sellers
For Brokers
Resources